Kent State University (KSU) installed nearly 4 megawatts of ground- and roof-mounted solar panels in the last year and has plans to add up to 6 additional megawatts in the coming year. KSU’s commitment to alternative energy improves its microgrid capabilities, diversity, and reliability, positioning it for manageable utility costs over the next 25 years. This investment in solar energy aligns with KSU’s vision: “To be a community of change agents whose collective commitment to learning sparks epic thinking, meaningful voice and invaluable outcomes to better our society.”

KSU is a public research university with an enrollment of over 38,000 students and 8 million sq. ft. of building area. The Kent Campus is located on 941 acres in Kent, Ohio, and is one of the largest universities in Ohio, with 11 Leadership in Energy and Environmental Design (LEED)-certified buildings. The university also includes seven regional campuses in northeastern Ohio and additional facilities in the region and internationally.

The State of the Global Climate 2020 report by the World Meteorological Organization of the United Nations (UN), released on April 19, 2021, shows that the previous year was one of the hottest on record. Greenhouse gas concentrations have increased, despite the pandemic-related economic slowdown. At a press conference presenting the details of the report, UN Secretary-General António Guterres warned that 2021 must be the year of action for protecting people against the “disastrous” effects of climate change: “Time is fast running out to meet the goals of the Paris Agreement. We need to do more, and faster, now.” Kent State University is proud to be doing more, and faster—now—to reduce our carbon footprint.

Solar power is an important component to a more sustainable, carbon-free, and cooler energy future. The carbon footprint needed to produce, ship, and install solar panels is often referenced to be offset in about 3 years of operation. Solar panel operational lifespan is over 25 years. While solar is increasingly attractive, the decision of when and where to implement it can be complex. At a public university where the priority is to support students and research, the financial benefit (or at least neutrality) of such a measure must be solid. The university must be a good steward of tuition dollars while advancing sustainability.

Kent State has worked to address energy at multiple levels. The first priority is to reduce demand. Energy-efficiency retrofits have reduced our energy consumption by about 24% at our Kent campus and about 34% at our regional campuses. Energy-efficiency campaigns such as the annual residence-hall competition “Do It in the Dark,” along with reminders to turn off and unplug during peak load days and over breaks, support energy-saving behavior change. For the energy that is still required, we then consider its source. 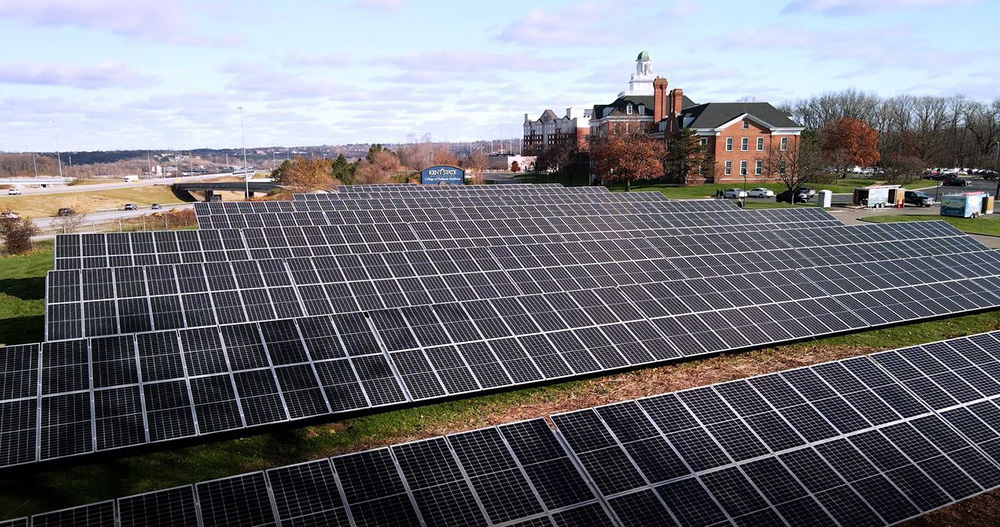 The coordination of the activities of the electric power system in this area is done by PJM Interconnection, which is the RTO that services 13 states and the District of Columbia. PJM is regulated by FERC. Ohio has a deregulated competitive electric power system for power generation. Customers can choose which organization they purchase their electrical energy from; however, they must use PJM and the legacy host utility to deliver the electricity they consume. 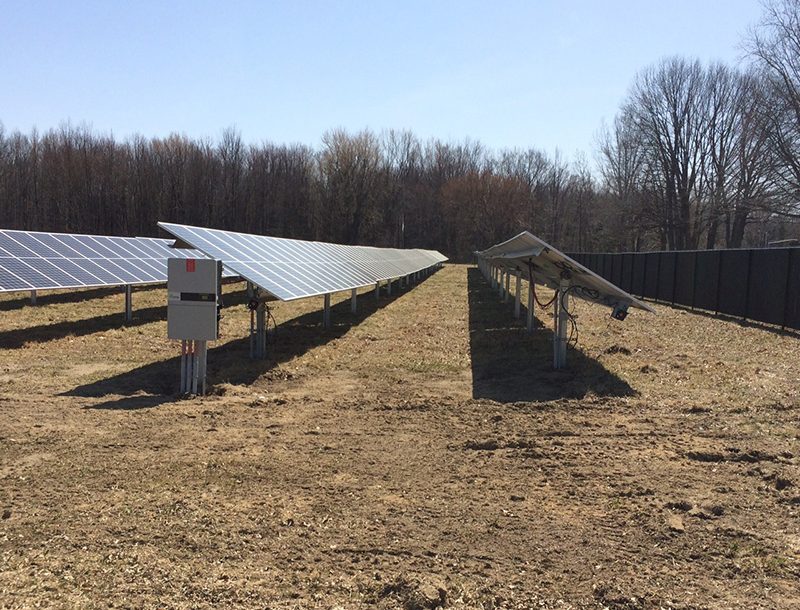 Customers can choose the certified retail electric service supplier (CRES) they want to purchase their power from. If you do not choose to purchase electricity from a CRES, the legacy host utility will supply electrical energy to you using what is denoted as the standard service offer (SSO). There are numerous CRES organizations that operate in the PJM RTO. PJM coordinates with the organizations that generate and transmit large or bulk electrical supplies to the legacy-regulated host utilities.

The invoice for electricity used by the customers is a combination of the electric energy (kWh) purchased from the CRES or SSO, transmission and tariff costs associated with PJM, and transmission and distribution tariff costs associated with FEC/OE. Depending upon a variety of factors, such as the size or kWh usage of the load or the voltage that serves the load, there are wide variations of options and methods to purchase electricity. This results in differences in how customers are invoiced for electricity. In general, the complexity of the electricity invoice ranges from the residential invoice, which is the simplest version, to complex invoices for large electric power consumers. Due to the diverse nature of the electric loads at KSU, our electricity invoices range from the simplest versions to very complex versions. 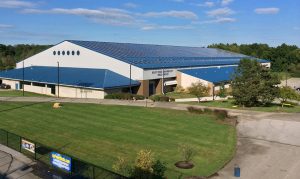 It is not cost effective to flow more solar electricity into the grid on an annual basis, because Ohio law requires the utility to pay the facility only the generation-cost portion of each kWh, not including the transmission- and distribution-cost portions. A few states do not require any net meter tracking for solar electricity. In those cases, the utility grid receives free electricity on a bright sunny day with light energy use at the customer’s facility.

The Kent Campus CHP is about twice as efficient as a utility power plant, and provides electricity, steam, and chilled water through much of the campus. The main reason for our doubled efficiency is that we capture, convert, and use the waste heat (as steam) from power production, and utility power plants usually do not. As a distributed onsite energy source, the campus also benefits from reduced-transmission wire length loss. These factors, which improve efficiency of energy production and transmission, also reduce the cost of electricity. While this is cost effective for the university, it makes the financial cost benefit of solar more difficult to achieve.

For Kent Campus buildings located beyond the campus grid and for Kent State’s regional campuses, solar energy becomes more financially viable, especially through a power purchase agreement (PPA), which allows a third party to benefit from tax incentives not available to a public university. A PPA requires Kent State to purchase all the solar electricity produced at negotiated rates for a contracted period, often 25 years. However, Kent State has very little upfront capital expense for the system.

In 2011, Kent State commissioned a comprehensive Renewable Energy Master Plan in an effort to responsibly and efficiently apply appropriate renewable energy methods throughout its campuses. This study was helpful to identify general solar PV viability and our single wind-power viability location at the Ashtabula Campus. Wind power is not being explored due to cost, equipment complexity, repair needs, and environmental study requirements. Solar PV implementation was determined to be the most cost effective and reliable and has minimal maintenance requirements. 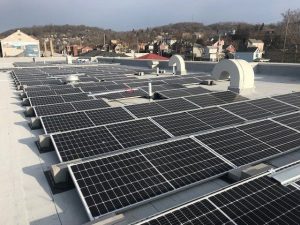 Kent State’s first solar array was installed on the roof of the Field House at the Kent Campus, which is beyond the campus grid. At the time it was completed in the summer of 2012, it was the largest, roof-mounted solar PV panel electrical system within the University System of Ohio. Working with a solar power developer, KSU officially began power production from the installed solar panels in Field House 1 on July 20, 2012. Electricity from the solar panels provides about one-third of the electricity required for the combined Field House and Dix Stadium facilities. Since the two facilities are electrically interconnected, both benefit from the solar panel project. This project became a model for other Kent State solar PV systems. 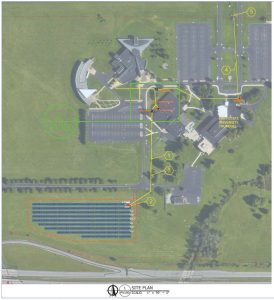 KSU is under a PPA with a firm whose team installed, owns, maintains, and operates the systems in accordance with the Ohio Revised Code. There are four ground-mounted arrays (three fixed-mount and one single-axis tracking), and five rooftop solar PV systems at the regional campuses (see Figure 1). The university preferred a maximum 25-year total PPA contract in almost every case to maximize savings over grid-supplied electric power. While contributing to the environmental benefits of solar power, these regional and satellite campus solar arrays are also projected to save the university about $2 million over 25 years. Every year, the solar PV arrays installed to date are projected to reduce the Kent State carbon footprint by 4,116 tons of CO2—an emissions reduction equivalent to removing 802 cars from the roads or burning 420,121 gallons of gasoline!

Up to an additional 6 megawatts of ground-mounted solar photovoltaic panels will be installed on a vacant site just east of Kent Campus. This system will include a battery energy storage system (BESS). The project will connect underground to the campus 13.2-kW internal distribution grid (behind the utility meter). This system, combined with the existing CHP plant, will be a microgrid with operational and cost benefits along with flexibility and resiliency. The BESS makes the project cost effective. The system is planned to be operational by late summer 2022.