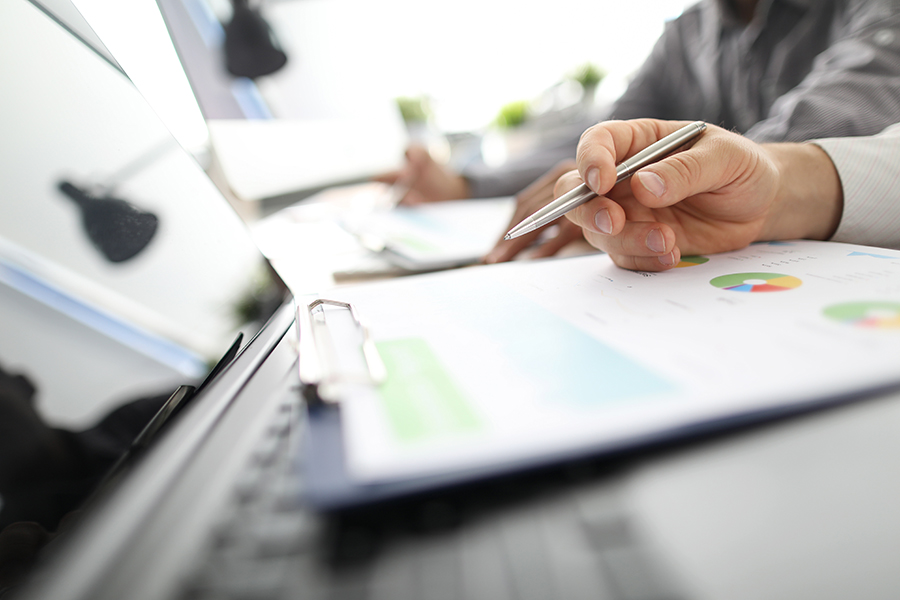 Obviously COVID-19 resulted in many changes in the way we all perform our regular tasks, which included increased use and acceptance of virtual meetings and the virtual work environment. While the same can be said for inspection and test activities, in reality the use of remote inspections, tests, and monitoring of fire protection systems was routine prior to COVID-19.

One of the earlier forms of remote or automatic testing of fire protection systems was the sensitivity test for smoke detectors. In addition to an annual function test, the National Fire Protection Association (NFPA) standard NFPA 72, National Fire Alarm and Signaling Code, requires periodic sensitivity testing (every two or five years) for smoke detectors. Rather than physically introducing a calibrated concentration of smoke to each smoke detector, manufacturers developed technology in which the fire alarm control unit monitors the sensitivities of the smoke detectors and a printed report of such sensitivities is provided. This testing protocol is specifically permitted by NFPA 72 and offers a less costly alternative to performing physical tests at each smoke detector. 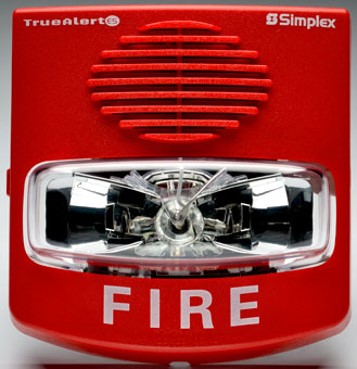 Manufacturers of smoke and fire dampers have developed dampers that are listed as remote inspection dampers. When tested, the ability of the damper to close completely and then reopen is monitored, and if a damper fails to close or reopen, a signal can be sent to a building management system or report as a supervisory signal on a fire alarm control unit. Remote inspection dampers are specifically permitted by NFPA 80 (Standard for Fire Doors and Other Opening Protectives) and NFPA 105 (Standard for Smoke Door Assemblies and Other Opening Protectives) since 2019, and as such, are recognized by newer editions of the International Fire Code and NFPA 1 (Fire Code). The dampers are arranged so that access need not be provided to them to periodically inspect and test them. It should be noted, however, that NFPA 80 and NFPA 105 are currently in a revision cycle and that those who perform physical inspections and tests are encouraging the NFPA Technical Committee to still require a physical inspection or test every third inspection period. 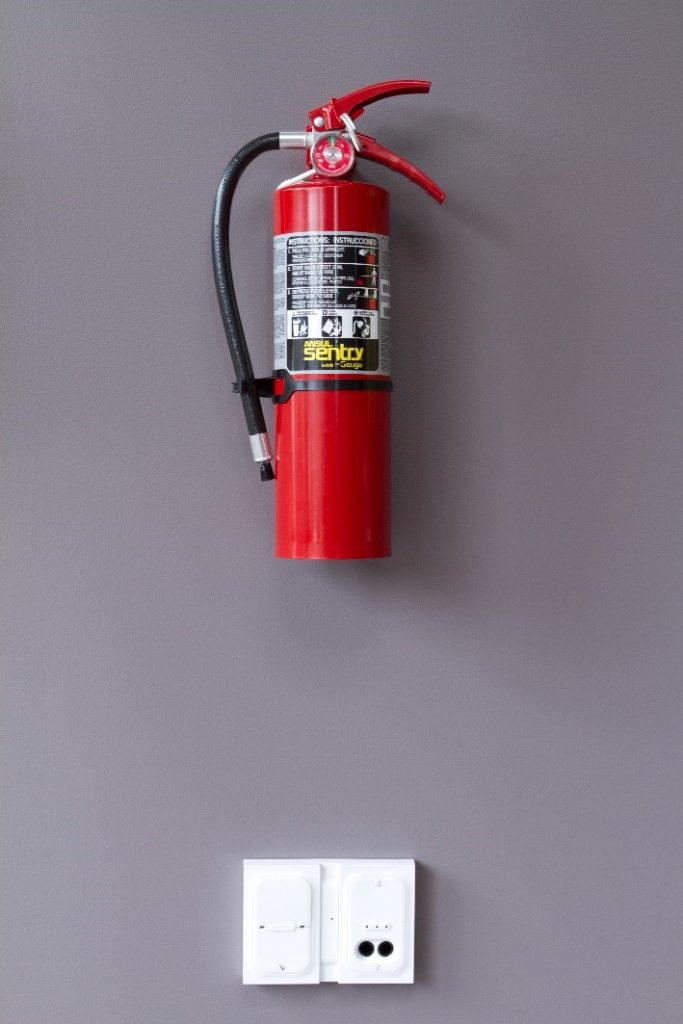 More recently, at least two fire alarm manufacturers have released a remote test alarm notification appliance. The advantages of the remote test alarm notification appliance are reduced labor costs to perform the test and less disruption to the operation of the building. The audible signal sounds for a few seconds, and again a written report is provided indicating whether devices passed or failed the annual test.

It is anticipated that there will be increased emphasis on developing technology using remote test methods for a variety of reasons. With respect to water-based fire suppression systems, the desire to reduce the need to discharge water for both water conservation and environmental reasons will encourage the use of new technology. NFPA 25, Standard for the Inspection, Testing, and Maintenance of Water-Based Fire Protection Systems, currently permits the use of listed remote water flow test devices that do not require water to flow through the device, let alone to the outside. One can only imagine that sometime in the not-too-distant future, the technology will be developed or the standards will be revised to reduce the need to flow the water required to perform an annual flow test of a fire pump. 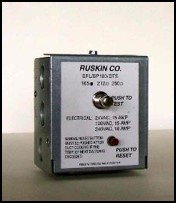 NFPA is in the final stages of developing a new standard that addresses remote inspection and testing methodologies and procedures. NFPA 915, Standard on Remote Inspections, was originally intended to provide guidance on how to perform remote inspections, acceptance tests, and commissioning for new buildings. The concept has been used and accepted by the Abu Dhabi Civil Defense Authority for more than five years. The process used in Abu Dhabi requires the use of high-quality 3D videos to be produced for inspections and tests. Instead of a representative of the regulatory authority being present onsite, the videos are submitted to the authority having jurisdiction for their review and record. The videos can also potentially be used to help train the personnel responsible to perform periodic inspections and test within the building.

Many regulatory agencies were forced into performing their inspections, surveys, and construction oversight by virtual means during the COVID-19 public health emergency. While NFPA 915 was still being developed, many of the jurisdictions used the technology and procedures that it addressed. One such jurisdiction, the City of North Las Vegas, has indicated that they plan to continue to allow remote inspections because it allows the city to use their personnel more efficiently due to the reduced travel time. The chair of the NFPA Technical Committee responsible for NFPA 915 has indicated that his jurisdiction, Clark County, Washington, has used remote inspections for several years. Based upon 2020 census data, the county has a density of 550 people/sq. mi. (by contrast, New York City has a density of 29,307 people/sq. mi.). and as such, it may take inspectors longer to get to an inspection location that it does to perform the inspection. 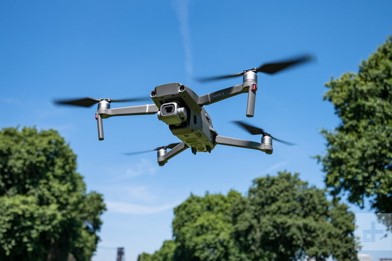 One large U.S. company remotely monitors all the fire pumps protecting their properties worldwide. At this one location they know when any fire pump has started or not and can monitor whether the pump is running as part of a weekly, monthly, or annual fire test or a potential emergency condition in the building. In addition, the company monitors whether the sprinkler system seems to be controlling the fire based upon whether the flow rate of the fire pump is remaining constant, decreasing, or increasing. If the pump flow rate indicates that the sprinkler system is controlling the fire, they are encouraging the responding fire department to let the system do its job. Unfortunately, there are instances in which the responding fire department initiates manual fire suppression activities that can reduce the water supply available for the automatic sprinkler system, resulting in increased damage. There have been some reported fire incidents, mostly warehouse fires, in which the building owner has alleged that the fire department negated the benefit of the automatic sprinkler system and that the fire department should have just let the automatic sprinkler system control the fire. Monitoring the flow through a fire pump at a location accessible to emergency response personnel can provide a means to consider whether manual suppression is needed or if it should be delayed until the fire starts to decay.

New technology allows inspection and test activities required by various standards to be performed in a less labor-intensive manner. The fact that the inspections or tests can be performed at a lower cost and with less disruption to the facility, means that the facility itself may be more likely to perform the required activities. Some remote test equipment also provides the written documentation that is required to be maintained by the owner to verify that the tasks have been performed. Using a total cost of ownership concept, the reduced periodic costs and the other benefits to the facility should be compared to an increase in the cost of the equipment to perform remote inspections and tests. It should also be recognized that the trend is for manufacturers to continue to develop technology that will perform the periodic inspection and test activities required by the applicable standards.

William Koffel is sr. director of special projects at Koffel Associates in Columbia, Maryland. He can be reached at wkoffel@koffel.com. This is his first article for Facilities Manager.