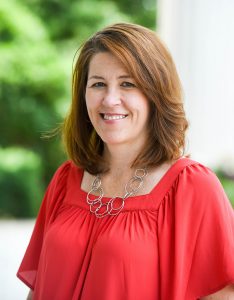 Running a campus is hard enough as it is, especially in the Age of COVID-19—now add the level of preparation it takes for a nationally televised debate, including security, and it creates an eye-popping schedule that requires incredible teamwork, communication, and attention to detail. There is also the added pressure of making sure everything goes right because of “the attention and opportunities a presidential debate brings to our campus and to our students,” says April Hefner, director of public relations and marketing content for Belmont University.

Planning, Lists, and Lots of To-Dos

Pulling off a flawless national presidential debate requires dedicated collaboration at all levels. At CWRU, the facilities management (FM) department had just finished restoring the debate building from its temporary use as a 1,000-bed COVID-19 surge hospital when the university was notified on August 3 that it was going to host the event. Construction/deconstruction activities for the debate started September 19 and ended October 3. 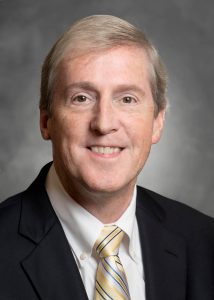 CWRU’s IT staff took the lead in installing a separate data network for the debate; CWRU and CC staff managed marketing and communications, security, parking, transportation, and site logistics. “Because of this shared approach, the workload was manageable but at times chaotic regarding consistent communication and coordination among the multiple parties,” says Stephen M. Campbell, CWRU’s senior vice president for campus planning and facilities management. “All of these activities were happening concurrently due to the fast-tracked nature of the limited period we had to prepare for the event.” 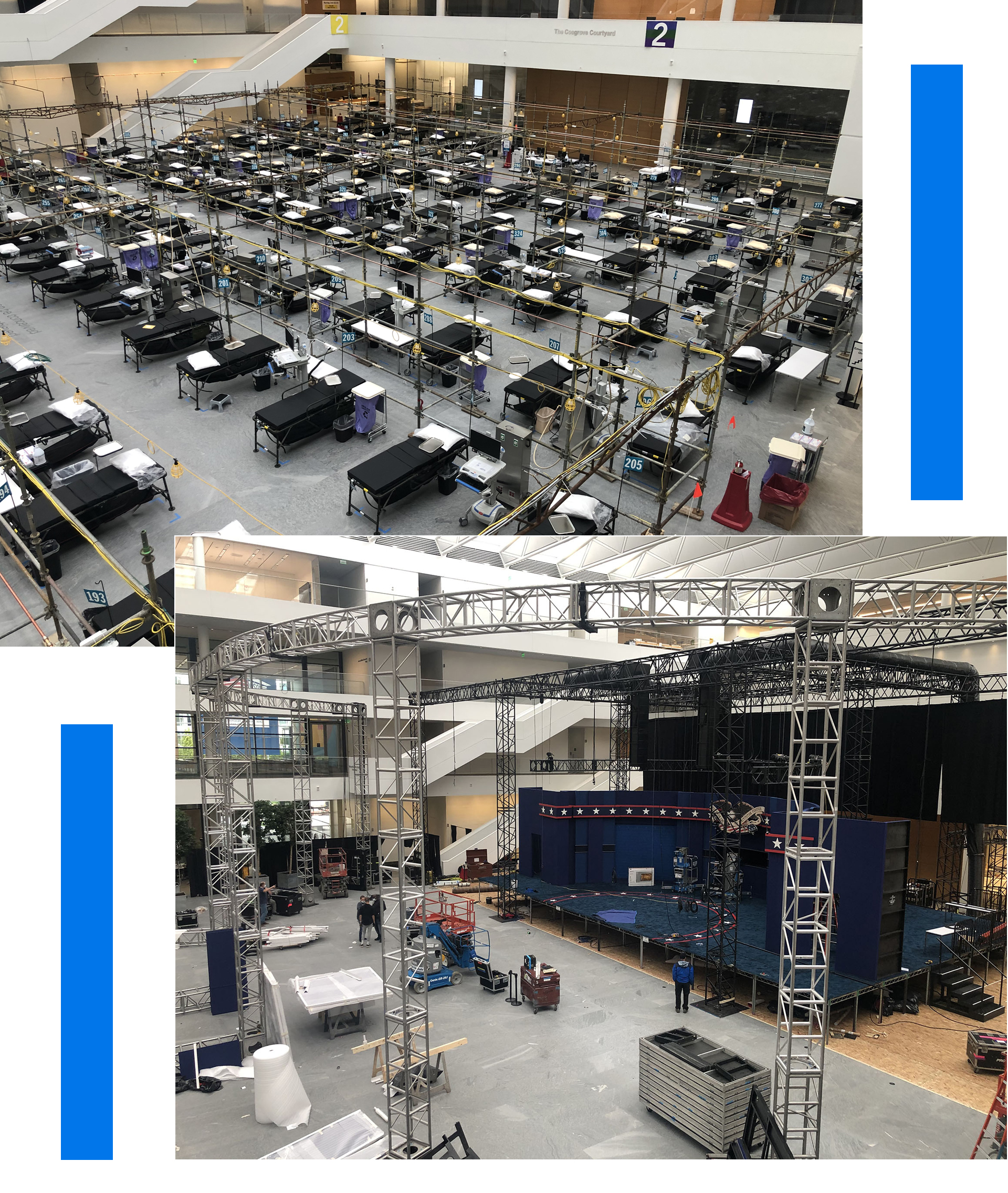 Other tasks that the CWRU teams accomplished in the two-month preparation period included: 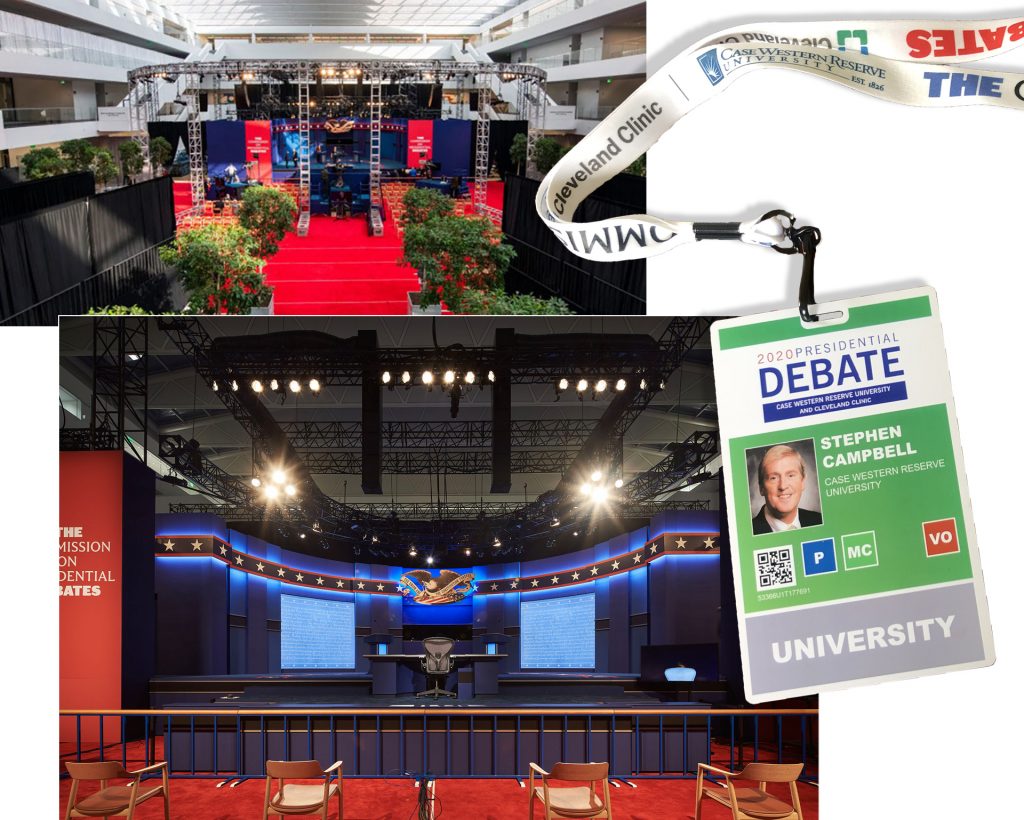 In contrast to the short notice given to CWRU, both the University of Utah and Belmont University were notified in October 2019 that they would be hosting debates, giving them about a year to prepare. The University of Utah created a debate steering committee, facilities working group, and debate logistics group in June 2020 and initiated biweekly meetings. These teams comprised all aspects of campus leadership, facilities personnel, marketing, University of Utah Health, and security and events planning personnel. 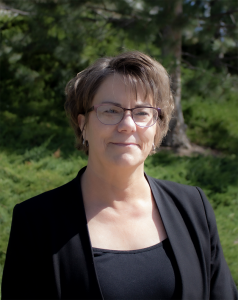 “Primary focuses were the selection and contracting of vendors to supply temporary power, media stages inside the debate hall, media stages outside the debate hall, fencing, and various tents for media and catering,” says Lori Kaczka, architectural project manager for the Planning, Design, and Construction department. “Collaboration of vendors with campus and community partners and scheduling became the driver for the success of the event, literally down to which vendor would arrive on which date and at which hour, and how their scope of work would be integrated into the event planning.”

Beginning in August, most committee meetings were held at least weekly to ensure coordination of all entities involved across campus and the community. The facilities department was preparing for new COVID-19 protocols that integrated social distancing, mechanical renovations, and a hybrid class schedule for the start of classes during the third week of August.

In the first week of September, the media center tent was installed. Due to COVID-19 and social distancing measures, the tent was downscaled to seat no more than 200 media members in a 14,000-sq.-ft. tent. By mid-September, additional vendors erected outdoor media platforms, constructed media stages inside the debate hall, and installed fencing for the outer perimeter and secured perimeter. 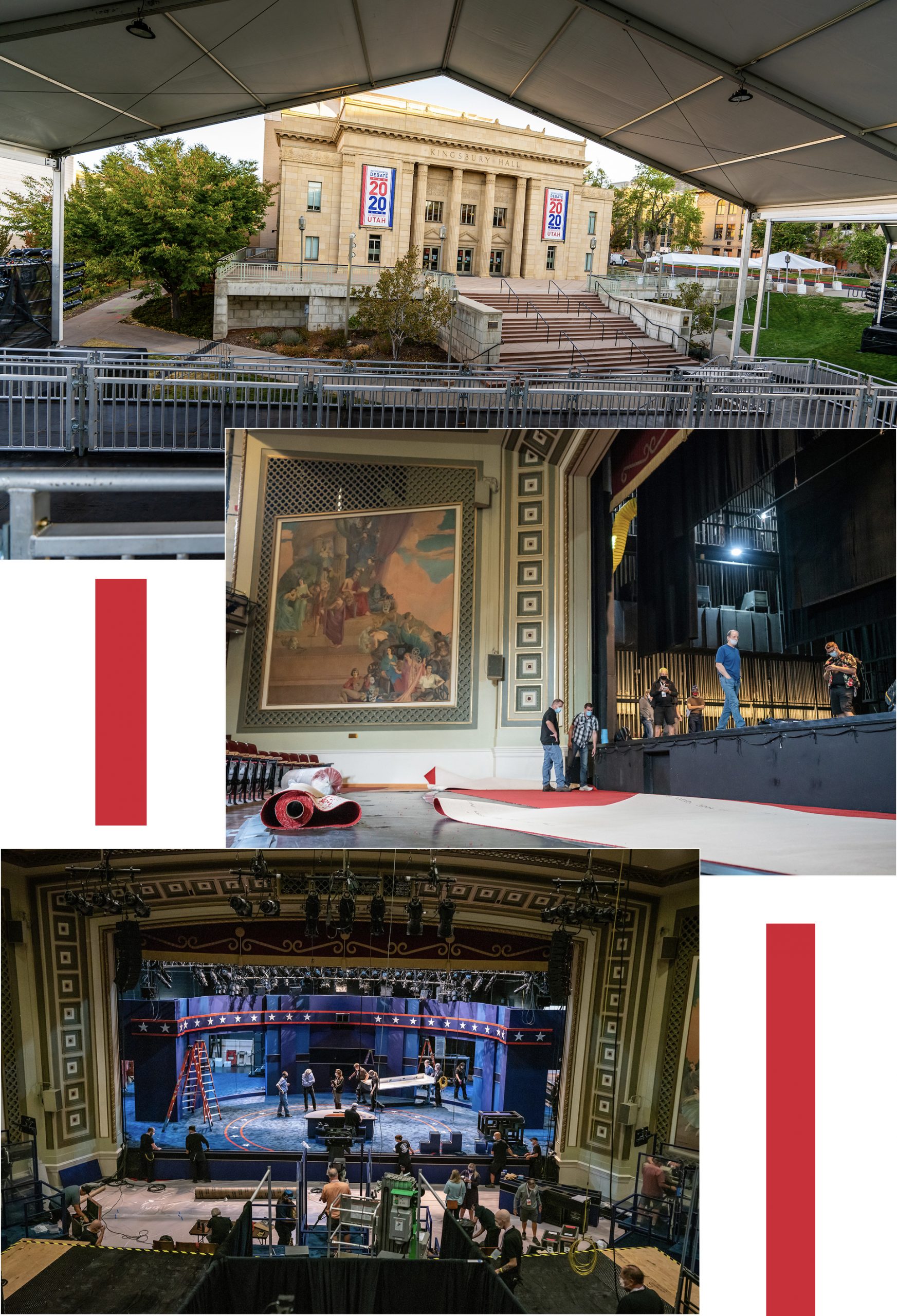 “One-hundred wireless access points were deployed to support the event,” Kaczka adds. “We used 200,000 feet of fiber cable, over a million feet of existing glass fiber, and 600 runs of Cat 6 cable totaling 180,000 feet of copper.”

Similarly, at Belmont University, planning and execution in all these areas was carried out with varying degrees of intensity, beginning with the announcement in October 2019 and up through the last week prior to the debate. Tasks involved: