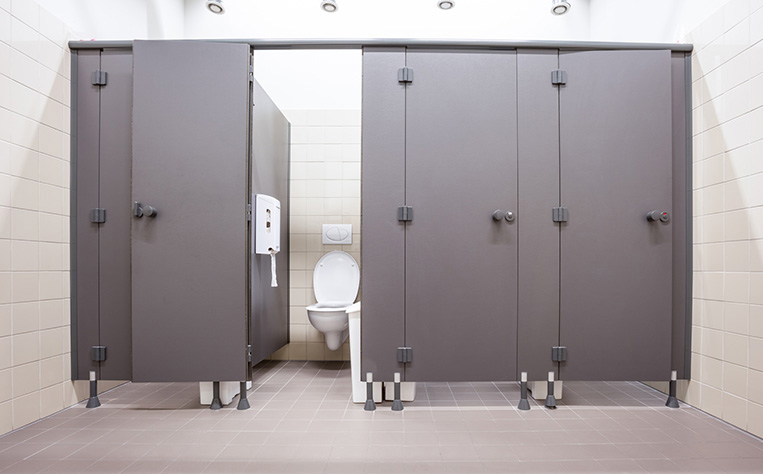 There have been significant changes over the decades implementing water conservation through the Uniform Plumbing Code and plumbing standards for commercial buildings. Many older commercial water closets in use, prior to 1994, were designed to use 3.5 gallons per flush (GPF) with a flush-valve style toilet. The federal Energy Policy Act of 1992 implemented water-efficiency standards that went into effect in 1994. Currently, the City of Houston uses the 2012 Uniform Plumbing Code with Amendments, which requires water closets with flushometer valves not to exceed 1.6 GPF. U.S. Environmental Protection Agency (EPA) WaterSense standards call for water closets with flushometer valves that use 1.28 GPF, a 20 percent savings over the Uniform Plumbing Code standard of 1.6 GPF.

Remodeling, renovation, and renewal of older buildings and campuses are part of the never-ending tasks of the facility manager. For instance, I remember a men’s and women’s restroom plumbing upgrade of water closets in an academic building originally built in 1993. Only the water closets and flush valves outside of the finished wall were replaced. The expense of replacing the water closet carriers and horizontal piping system to the vertical sanitary riser as a complete renovation behind the wall was anticipated, however funding was not available. Consideration was given to the types of fixtures to be replaced. Water closets were specified as WaterSense standard 1.28 GPF instead of the current Uniform Plumbing Code requirement of 1.6 GPF with a commonly used well-known flush valve requested by the Operations and Maintenance (O&M) staff.

It is important to note difficult circumstances that occur after a minor remodel or fixture change resulting from the combination of decreased water consumption from newly installed plumbing fixtures and areas of increased usage by the occupant. In the case of the upgrade mentioned above, the area was known for pipe-stoppage problems, as both restrooms were back to back on one wall division with back-to-back horizontal water closet carriers (the originals). Another characteristic noted was that both restrooms supported an auditorium and food court that were very close together. The occupant density was very high at certain times when the auditorium let out, corresponding with precise times for usage by food court occupants, all designated to these two restrooms on the floor.

Once the fixtures were changed to low flow, stoppages occurred at specific times and created an unsanitary condition. As a result, O&M and Housekeeping were kept extremely busy, daily. It was perfectly clear that the new low-flow water closets did not have the quantity of water needed in an old piping system to move waste matter to the existing sanitary waste pipe riser. The change in consumption from the original water closets (3.5 GPF) to the low-flow 1.28 GPF during periods of high occupancy use didn’t work well.

Considering the importance of sanitation and cleanliness in the restrooms, and despite the consequences of a minor loss of water conservation, a change was made. The water closet flush valve kits were modified through a simple adjustment in the flush valve kit (inside the flush valve), which changed the water closet usage from 1.28 GPF to 1.6 GPF. The adjustable stop valves had to be closed down somewhat to allow for a longer flushing time. The increased volume of water in these water closets helped to move the solid waste matter to the sanitary riser effectively during high occupant use, eliminating the unsanitary condition. O&M’s choice of a specific flush valve was the reason this adjustment could be made—which demonstrates the crucial need for facilities departments to have the ability to alter and innovate amid constantly changing parameters.

Kris Zimmerman is director, mechanical, electrical, and plumbing for facilities management at the University of Houston Downtown in Houston, TX. He can be reached at zimmermank@uhd.edu.