Mike Milne has been a Senior Network Engineer with Carleton University for over 10 years. With his expertise in network design, implementation, analysis and support, Mike has kept Carleton’s data flowing seamlessly. He has been key in designing Carleton’s campus network and in the engineering of all routing and internet connectivity.

Networking technologies serve as the telecommunications backbone of most universities and colleges, and have a critical role in their operations. The design, installation, and operation of network systems was initially treated as an administrative overhead function and was not typically considered a priority function.

The following factors have caused an evolution in how network technologies are used and how academia relies on them:

VoIP as a Driver of Converged Networks

Traditionally, large organizations such as colleges and universities have operated dual different network infrastructures, one that provides traditional POTS (Plain Old Telephone Service) and another that provides traditional data-networking services. The POTS network typically used lesser quality wiring such as EIA/TIA Category 3, and connected POTS telephone sets in the user environment to one or more PBX (Private Branch Exchange) systems. Cabling to support data networking was usually installed as an afterthought. Before the widespread availability of commercial-grade VoIP systems, this separation resulted in the expense of installing and operating two different networks.

Today, VoIP is the main factor driving converged networks. For new buildings in the planning phases, the major benefit is that both voice and traditional data traffic can be supported over the single physical cable plant designed to carry data traffic. As existing POTS voice equipment reaches its end of life, many organizations are replacing their existing POTS systems with VoIP.

In addition to the reduced capital cost building wiring, additional features are present in VoIP systems, such as integration with campus directory services and advanced ACD (Automatic Call Distribution). Many VoIP systems also have a programmatic interface that allows organizations to integrate their own applications into the telephony world.

Networks tend to grow through “osmosis,” and, as additional requirements develop, the network is expanded with whatever technologies are “kicking around” or whatever can be purchased at the lowest cost. Although this approach may meet immediate requirements, the net result is that over time, the overall topology of the network will resemble spaghetti. Suboptimal routing paths and congestion are likely to occur, and the ability to sustainably grow the network will diminish.

These problems can be avoided by designing and adhering to a network architectural model. Although this may seem like additional work, in the long term it will allow better growth potential, as well as reduce installation and support costs. 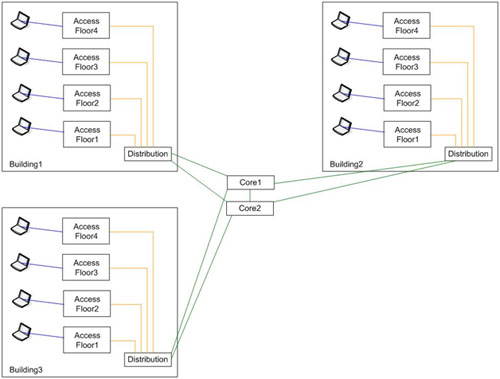 Figure 1. An Example of a “Classic” Network Architecture

In the design in Figure 1,

Network fault tolerance can be improved by pairing adjacent buildings (i.e., buildings 1 and 3), and adding resilient connections from the access layer of building 1 to the distribution layer of building 3 and vice versa. In the diagram in Figure 2, buildings 1 and 3 use a dual-homed access layer that now protects both buildings against a failure of the distribution layer. The resilient connections are shown in magenta. Network path selection would be done by the IEEE 802.1 Spanning Tree Protocol, and in the event of a failure, a failover to the alternate path would occur. Note that building 2 has not had this improvement made and its distribution layer is still a single point of failure. 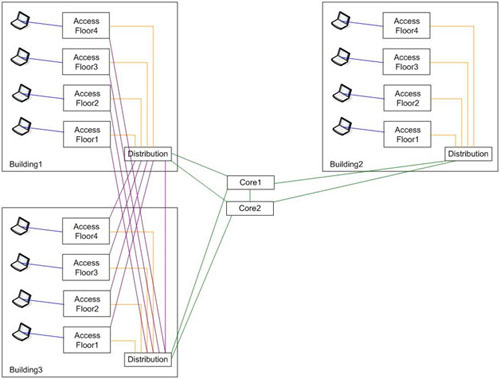 Figure 2. An Example of a Resilient Network Architecture

Resiliency is not normally designed into the access layer, as most end-user workstations have only a single network interface card.

Organizations that do not have a large number of buildings or users may benefit from a “collapsed backbone” design, which contains only access and core layers. 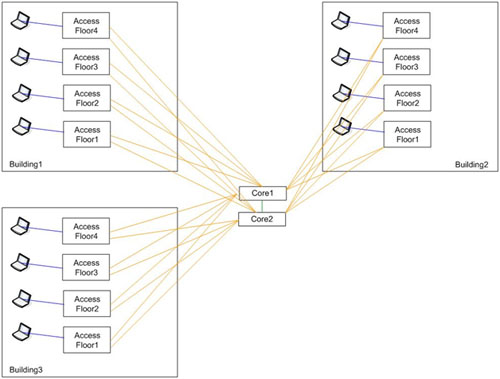 Figure 3. An Example of a “Collapsed Backbone” Network Architecture

Structured cable systems were introduced in the 1980s in an attempt to standardize how building wiring was installed. This standard model keeps cables neat and tidy, prevents them from accidental damage, and creates “design-once, build-many” model that can be easily replicated as new buildings are constructed.

Both the 100- and 1,000-Mbps Ethernet standards, as well as the evolving 10-Gbps Ethernet standard, specify that the maximum length of a cable run from the switch port to the end-user computer cannot exceed 100 meters (325 feet). This cable run length is inclusive of all patch cables. Cables longer than the 100-meter standard will cause excessive signal attenuation and degradation, and ultimately will result in data transmission errors.

Without exception, the common standard used for end-user workstations is Ethernet delivered over UTP wiring; 100 Mbps is the most commonly used speed, and a small and growing amount of 1,000-Mbps workstations are used. UTP cable selection must consider both existing speeds, as well as potential growth and new technologies.

Wiring is usually installed during the construction of a building and rewiring a building is possible only with a major renovation. Logic would dictate that any new installations should consider Category 5e wiring as a minimum, as it can support Gigabit Ethernet to the desktop. The standards for 10-Gbps Ethernet are still evolving, but it is unlikely that it will support Category 6 wiring.

The correct cable jacket composition type must be used in accordance with local fire regulations. Cables are designated with a “FT” rating that indicates its ability to withstand fire. Cables that run through plenum spaces designed for air movement within a building are normally required to use an FT-6 fire-rated jacket, whereas nonplenum cables can generally use a lesser FT-4 rating. In addition to the ability to withstand fire, cables with a higher FT rating are less susceptible to act as combustible material that would cause a fire to spread, and may emit a lower level of toxic materials when burned. Readers are cautioned that this information is for example purposes only, and they should consult their local fire and building codes for definitive information.

Termination at the Workstation End

The cable run is normally terminated at the workstation end in the end-user space with an RJ-45 Jack. These jacks can be wall mounted into drywall/sheetrock walls, mounted against baseboards, installed in “Jiffy Poles,” or perhaps installed in modular cubicle furniture.

The end-user workstation is normally connected to the jack with a patch cable. A jack-numbering and -labeling nomenclature should be developed, and each cable run should be clearly labeled both at the user connection as well as in the telecommunications room (TR). Commercial database software products exist that can assist in accurate record keeping.

Termination in the Telecom Room

Cable runs are normally terminated in the TR onto a patch panel. Patch cords are then used to connect individual cable runs to the switch ports. Numerous patch panel standards exist, including the following:

Protection of the Cable Run

Cable runs from the TR to the end-user workstation should be as protected as possible, within reason. If the environment is susceptible to vandalism, enclosed cable trays or conduits should be used. Care must be taken to avoid routing UTP cables near sources of electromagnetic or radio frequency interference, and cables should not be close to AC power cables, transformers, electric motors, photocopiers, and the like. Wiring testers from companies such as Fluke Instruments or Tektronix can determine if external interference is causing data errors.

Location of the Telecom Rooms

Several items should be considered when deciding where to locate TRs:

As outages caused by power failure, construction damage, and natural disasters tend to be localized, TRs containing core layer equipment should be located in different buildings.

Cables between the TRs on each floor and the distribution layer can use either UTP or fiber-optic cables. With existing technologies, if UTP cables are used, the maximum length is 100 meters and speeds exceeding Gigabit Ethernet are not possible. In most cases, links between the access and distribution layers operate as Layer 2 switched trunks, with routing functions being performed by the distribution devices. This allows different VLANS to be deployed in each access layer TR without incurring the expense of Layer 3 routing capabilities in the access layer.

Most organizations use fiber-optic cables to link the access layers to the distribution layer. This allows cable lengths to exceed the 100-meter restriction and also provides the ability to migrate to a higher-speed interconnect link such as 10-Gbps Ethernet in the future.

Regardless of the type of cables installed, the cable runs should be clearly labeled at both ends. The fiber-optic cables are typically terminated on patch panels at either end, and patch cords are used to connect the equipment.

Location of Telecom Rooms for Distribution and Core Layers

The same general considerations apply in the selection of Telecom Rooms for the Distribution and Core Layers as for the Access layer.

As the distribution and core layers are typically in different buildings, fiber-optic cables are typically used. To maximize future flexibility in terms of length and speed, singlemode fiber is commonly used.

In large campus environments, consideration should also be given to the physical cable layout interconnecting the buildings. Rather than creating a full-mesh connection (running cables from every room directly to every other room), it is common practice to create two or more interconnect junction points, and then connect each building to these common locations. With the appropriate number of patch cords, a full any-to-any connection is easily constructed if necessary.

The two distribution uplink cables from each building should also take a diverse physical path to protect against cable cuts.

Although network management is a large topic, most organizations find that at minimum they need the following knowledge about their networks to deliver reliable service:

Most network devices (i.e., switches and routers) support the SNMP (Simple Network Management Protocol). The SNMP is enabled on all network devices, and an SNMP network management workstation then periodically polls the status of each device to determine its availability and performance levels.

Many software applications exist for availability monitoring, ranging from open-source (free) tools, to fairly low cost commercial products such as What’s Up Gold or Intermapper, through to high-end packages, such as Hewlett Packard Openview.

The same wide range of tools exists for traffic and performance monitoring, and most academic organizations use open-source tools such as MRTG (Multi Router Traffic Grapher, www.mrtg.org), or CACTI (www.cacti.net).

An example screen from a CACTI system is shown in Figure 5.

Figure 5. An example screen from a CACTI system

Thanks to CACTI for use of system. Readers are encouraged to visit www.cacti.net for more information on this product.

It is highly recommended that APPA members at universities and colleges develop a solid relationship with the information technology organizations that provide computing and communications services to their respective campuses. Clearly, convergence of data, voice, and video services is under way. Relationships with other campus organizations that are responsible for building automation or access control—in fact, any communications connectivity—should also be nurtured. Facilities organizations need to keep abreast of emerging trends and their impact on the campus physical plant infrastructure.

Want to contribute to the APPA BOK? Learn more here.

Have a revision suggestion? Let us know.

Stay Connected with Inside APPA and Our Newsfeed

Please enter your email address here to subscribe to the Inside APPA newsletter.